Read Our Reviews
Get A Quote Now 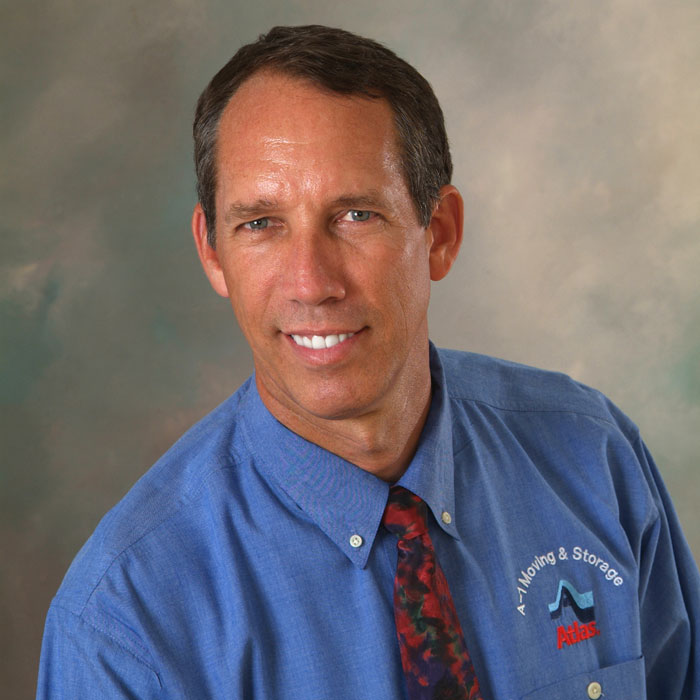 Here at A-1, we have our own love story/movie known as when “Andy met Katie”.  Andy Newitt, our extremely humble Director of Business Development here at A-1 Moving and Storage, “married into the A-1 family”...as he often jokes...some 18 years ago.  A-1 Moving and Storage’s President Tom Klause had little reservations in giving his sister’s hand in marriage to Andy who is simply put, a true gentleman.  Since then, he has made and continues to make a significant positive impact on the growth and success of the company.

Andy initially started out working in the corporate sector, where he was employed with Florida Power and Light for 14 years as the Supervisor of Audio Visual Services. He sometimes reflects on how surprisingly smooth the transition from that industry to the moving and storage business was, even though they are seemingly two very different worlds.  The bridge from one to the other, in his estimation, lay in the fact that customer satisfaction was and remains the core emphasis. Upon joining the industry, Andy dove headfirst into what it takes to be a contributing member of an already great moving firm. He realized that the best way to add a valuable contribution would be to do everything he could to elevate the organization’s service and skill to even higher levels.  This can be evidenced by the fact that to this day he is still one of only three dual-certified Office & Industrial Moving Consultants in Florida by the American Moving and Storage Association (AMSA).

One of his proudest moments thus far was delivering biotech moving services to The Scripps Research Institute in Florida. Andy related that he and his team of expert laboratory movers were tasked with moving the research institute from its temporary facility at Florida Atlantic University to their three new buildings. This project, which took close to three months to complete, was described as one of A-1 Moving and Storage’s most interesting and challenging.

According to Andy, this and other similar success stories that occur on a daily basis, reaffirm his opinion that A-1 Moving and Storage is different and a cut above its competitors thanks in large part to its people, processes and most importantly the obsession to deliver the highest quality of service consistently. On another important point, Andy genuinely has concern for consumers who are subjected to negative practices that many competitors employ.  As such, he volunteers his time and effort tirelessly to help improve the conduct of the wider industry. To that end, he has served in multiple capacities with the Professional Moving Association of Florida (PMAF), including as Chairman for the past 13 years.

On a personal level, when Andy isn’t working, he likes to go camping in different locations with Katie and his pooch. He can also sometimes be found spending time on the water as a boat captain. However, what may come as a surprise to many is that Andy has a passion for photography. He spent a number of months studying the field from all aspects prior to taking up his post at Florida Power and Light. He also often dabbles in photoshop - where he is self taught.  Yes we know...FPL, photography, boat captain...moving...biotech...all true...and he does plan to write a book about it one day...ok well we added that bit, but if he ever does...he won’t be short of volunteers to write it for him.

Andy is well liked in the firm and respected by businesses throughout our community.  He credits his parents for molding him into the family oriented, and quick witted individual he is today, highlighting that had it not been for those many “teaching moments” he, and his four other siblings, would not have learned the value of hard work. In terms of principles, Andy values integrity most of all, as he believes that this attribute is broad-based, covering honesty and sincerity. As such, he strives to ensure that he portrays this same trait in both his personal and business lives. So the next time you’re visiting us at A-1 Moving and Storage or planning a move, call Andy...and please be sure to tease him about his really old school cameras!