May 06, 2009 | Andy Newitt elected Secretary of The Florida Movers and Warehousemen's Association 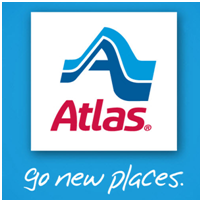 TALLAHASSEE: The Florida Movers and Warehousemen’s Association (FMWA), Florida’s trade association for Florida’s professional, licensed household moving and storage companies, elected Andy Newitt as Secretary of their Board of Directors during their annual meeting in Gainesville this February. Newitt is also a former Chairman of FMWA. Andy Newitt is the Director of Business Development for A-1 Moving & Storage. A-1 Moving & Storage is a household moving company that has been operating out of Jupiter, FL for 37 years. “Andy has repeatedly proven himself as a leader and visionary, and we are pleased to have him back as an officer of the association,” said Corey Mathews, Executive Director of FMWA. “He is one of Florida’s champions; always fighting for the consumer and the reputation of honest movers.”

Moving companies in Florida operate under meaningful consumer protection laws that were advocated by FMWA during Newitt’s tenure as Chairman. Thanks to the education and advocacy efforts of the FMWA and the regulatory efforts of the Florida Department of Agriculture Consumer Services, the problem of hostage loads held by thieves and extortionists has disappeared from in-state moves.

In an effort to stem the same problems for interstate moves, Congress adopted laws based on the Florida model at the national level. While a number of these rogue operators still lurk behind the promise of a discount move over the internet, the FMWA and our national counterpart, the American Moving and Storage Association, continue to vigorously advocate policies to shut down these predators.

As part of our commitment to consumer education, FMWA has dedicated its website at www.FMWA.org to helping the public know the difference between a reputable mover and a thief. In addition to the educational tips, you can also search through our database of reputable FMWA member-movers, who take an oath to uphold business ethics that are even stricter than current State laws. Remember, DON'T MAKE A MOVE…without hiring a FMWA member mover!