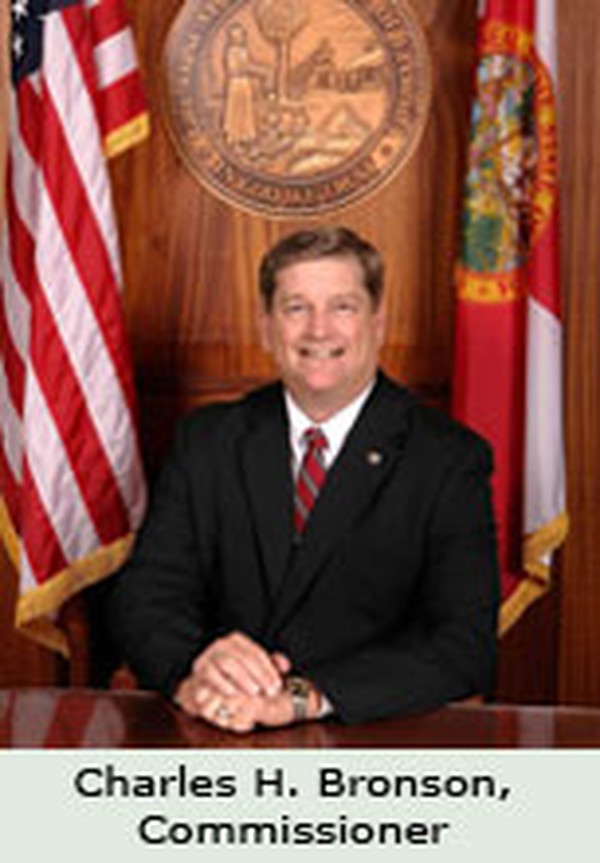 Florida law requires intrastate moving companies and moving brokers to be registered with the department prior to conducting business. The registration requirements include proof of liability insurance for cargo hauled as well as the vehicle being used. Failure to register is a misdemeanor violation, punishable by up to one year in jail and up to a thousand dollar fine. Bronson's Division of Consumer Services had identified several businesses operating throughout the state that were not properly registered. The businesses were identified based upon complaints from citizens and the industry.

Bronson's Division of Consumer Services and his Office of Agricultural Law Enforcement set up multiple operations where officers portrayed citizens who needed to move. After the deal was completed, the movers were criminally charged with operating an unregistered moving company.

The companies involved were:

. 54 year old Randy Stokes, the owner of Good Moves Moving Company in Ft. Walton Beach, Florida. Mr. Stokes was previously issued a written notification by the Division of Consumer Services telling him that the company must be registered.

. 31 year old Azad Basar Sahbudak, owner of Atlantis Moving & Storage in Jacksonville Beach. The department is pursuing other legal action against this moving company because they were notified on two previous occasions that they needed to register with the Department. They were also previously fines $1000.00 and $5000.00 which they have failed to pay.

. 41 year old Derrick Maurice Wilhite, who worked with Sahbudak was arrested by the Jacksonville Sheriff's Office on a local warrant charging him with felony criminal mischief. He was taken to the Duval County Pre-Trial Detention Facility in lieu of a total bond of $5,003.00.

With the exception of Sahbudak all of the businesses were issued an administrative complaint which may result in fines not to exceed $5,000.

Bronson says he appreciates the cooperation and help from all of the sheriff's offices and police departments that assisted in the sweep.

Bronson says he will continue to vigorously enforce the state's household moving services laws in order to protect consumers from unregistered and fly-by-night moving companies. By requiring moving companies to register, the Department ensures the company is operating with the proper liability and valuation insurance so that any property lost or damage during a move is covered.

"Consumers whose goods are damaged by moving companies without insurance can end up paying several thousand dollars to replace destroyed household items, or suffer the loss of coveted family heirlooms" Bronson said.

Bronson urges consumers to call 1-800 HELPFLA to make sure the mover is properly licensed and insured before they sign a contract.